What is a VIN Number

What Is A VIN?

Most vehicle owners have had to reference their Vehicle Identification Number (VIN) at some point or another. Whether for the purpose of reporting insurance, registering a new car, requesting a vehicle history report or even as something as simple as registering for a parking pass; auto owners will inevitably encounter the long, confusing string of numbers and letters that comprise the VIN code.

So what exactly is a VIN number?

A VIN number is a set of alphanumeric characters that identifies an individual vehicle through use of a standardized system set forth by the Department of Transportation and the International Organization for Standardization.

Simply put, a car’s VIN number is like a human’s DNA – it follows a specific code, and is entirely unique to each vehicle.

The VIN system represents the first attempt at standardizing automobile identification on a global level. A VIN consists of a combination of seventeen characters which identify the make, model and year of the vehicle, as well as more in-depth details such as engine type, vehicle restraint system and vehicle weight. While the most common application is found in passenger vehicles, VIN numbers are used for all road-going vehicles including trucks, trailers, busses and motorcycles.

Typically, VIN numbers can be found on the driver’s side dash as well as on the engine block, though it is not uncommon to find them in other places such as the passenger door frame, vehicle firewall or radiator support bracket.

How Does It Work?

VIN numbers are relatively complex. After all, they contain a lot of information – vehicle make, model, year, type, body style and safety systems, just to name a few – in just seventeen short characters. Reading a VIN accurately requires in-depth knowledge of make-specific codes as well as a complete understanding of the VIN code itself.

While it may seem possible for two vehicles of identical make, model, body style, engine and trim to receive identical VIN numbers, the system accounts for this. Identical vehicles rely on the manufacturer’s serial number – the sequential order in which they were produced – to differentiate them.

Due to each car’s unique VIN identification, anyone can track the history of any individual vehicle on the road. Accidents, thefts, recalls and vehicle code violations are all linked to VIN numbers, and thus can be pulled up via a vehicle history report. Vehicle history reports have become an important part of car shopping within the used car market, and would not be possible without the help of the VIN system.

History of the VIN Number

Due to the amount of vehicles on the road today, the VIN number is more or less an invention of necessity. However, in the first half of the twentieth century, vehicle tracking was not as important; VIN numbers were only used for manufacturer records. Early VIN numbers typically identified simple characteristics such as car make, model and year, and were not mandatory.

However, as automobile production began to increase drastically in the 1950’s, it became clear that a new system was needed. American automotive manufacturers started printing identification numbers on their vehicles in order to accurately describe and keep track of each model, body style, engine and assembly location. Over time, identifying VIN numbers became complex because each manufacturer had its own identification codes, meaning VIN numbers were of different configurations and lengths.

Due to the differentiation in manufacturer VIN practices, the United States Department of Transportation, along with the International Organization for Standardization (ISO), issued a standardized system for VIN numbers in 1980. As a result of the new system, each vehicle would be identified by a unique seventeen-digit alphanumeric identifier, which could then be used to track the vehicle throughout its lifetime.

The VIN system was developed with government and owner’s interests in mind, according to Roger Frost, Communications Manager at the ISO, “[The VIN Number] was developed with participation of automobile industry and police authorities (including INTERPOL) so as to combat against thefts, trafficking and illegal dereliction concerning vehicles.”

Today, VIN numbers are the key identifier used to track vehicle history reports, which have become a popular tool for drivers shopping for used cars.

The world manufacturer’s identification section is pretty much self-explanatory. The first character in this section denotes the vehicle’s country of origin; the second and third characters identify the motor company and make.

The second section of the VIN, the vehicle description section, is slightly more complex because its contents change for differing vehicle types.

For passenger vehicles it describes the vehicle’s body style, series and engine as well as restraint and safety mechanisms. For vehicles such as busses, trailers and motorcycles, additional information such as vehicle weight and horsepower are recorded.

The third section, which is known as a check digit, is used to check for mistakes in the VIN code. The check digit is the product of a complex formula issued by the Department of Transportation, and works to ensure the accuracy of sections one and two.

The fourth and final section of the VIN number gives each car its unique identity. The section’s eight-digit length (characters 10-17) may make it seem overly complex, but it is actually relatively logical. The section begins by identifying the vehicle’s model year (10th character) and the location of the plant where the vehicle was produced (11th character).

The last six digits are the vehicle’s serial number – typically the sequential number in which the vehicles roll off the production line. These final six digits give each vehicle a unique identity, and can help manufacturers identify when a vehicle was produced in its model year. For manufacturers, this is valuable information for recall purposes.

Breaking a VIN number down into its four major sections makes decoding it a much easier task. While you might not understand every character in the code, the next time you reference your car’s VIN you will have a good idea of what it all means.

Brought to you by DriverSide and the Car Care Council. 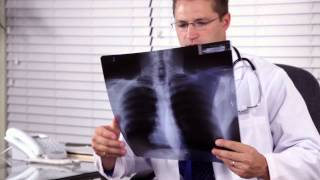 Why Pay for Diagnosis? 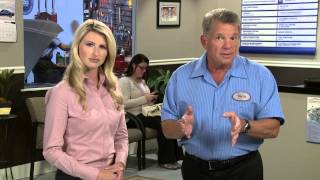 Good Reasons To Tint Your Windows!

Put a Stop to Brake Trouble 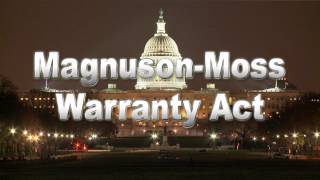